The RAID is a technology that combines multiple hard drives into a single logical hard drive. There are different types of RAID levels available, in that RAID1 uses two hard drives and keep identical copies of data. Its also called by the name Raid Mirroring. So using RAID1, if one hard disk fails, the system will continue to run from the second disk because both disk keeps exact same data. One of the downside of RAID 1 is that if we have two disk with 500GB, the total disk space we can utilise after RAID1 setup is still 500GB. In short will can only use 50% of total hard disk space available.

We can achieve RAID setup either in Hardware level or through Software. Hardware raid is done through RAID controller device ( PCIe card), that attach to our server mother board. Software RAID is done through Operating System level. Linux OS has built-in support for software RAID and can setup the RAID at the time of OS install.

However, suppose if we already have a functional Operating system Centos7 with out RAID and you would like to attach an extra disk and convert this existing Centos7 install into RAID1. That’s what we are discussing in this blog article. Specifically means convert existing single disk CentOS 7 system into a two disk RAID1 system without loosing data or reinstall the system. RAID 1 produces a mirrored set, which can tolerate a single disk failure. The GRUB2 bootloader is also configured in such a way that the system will still be able to boot if any of the hard drives fails.

Before starting lets familiar with our current system Configurations. Feel free to refer this article if you own a centos 7, centos 6 or even the newer version centos 8.

We are adding a second identical disk /dev/sdb for raid 1 setup. The raid will be a Linux software raid managed by “mdadm” . If the “mdadm” command is not available, install it using yum command.  So attach the new disk in to the server mother board before proceeding with below steps. 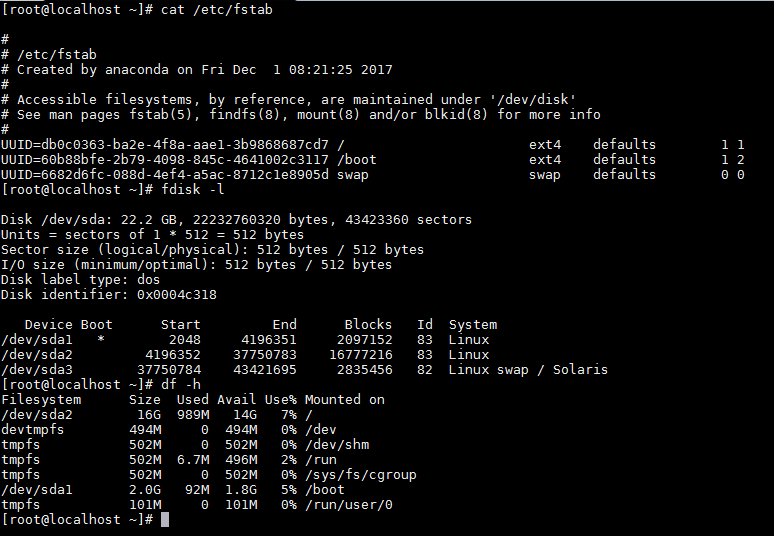 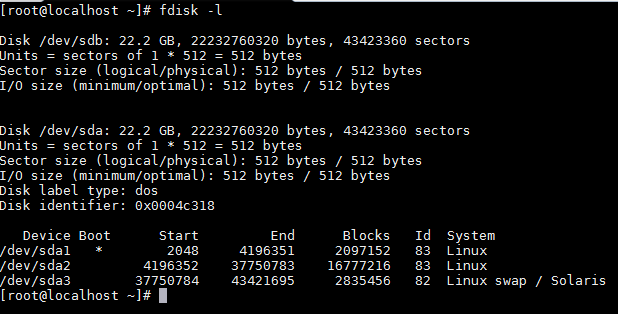 Check changes or see the difference  using below command. 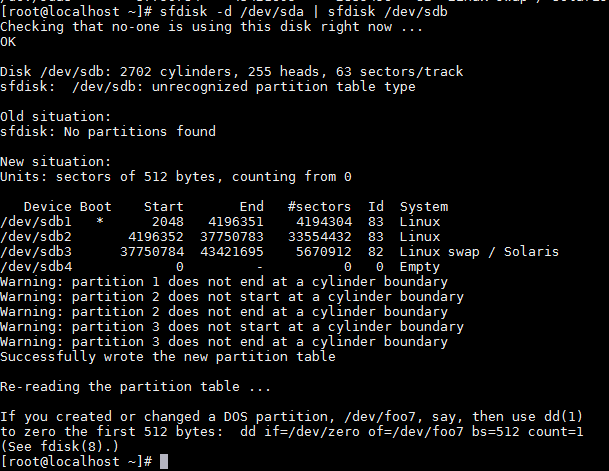 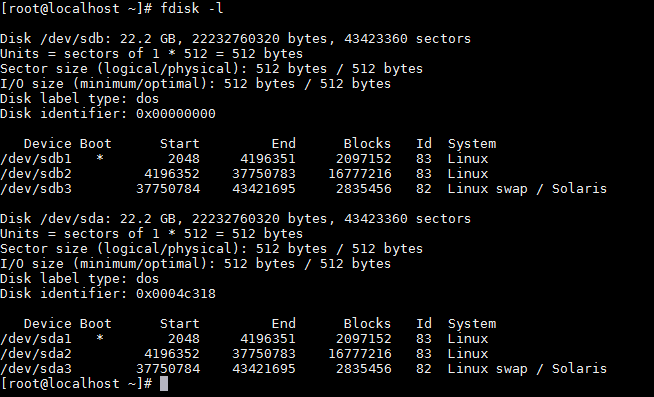 Changes partition type to Linux RAID autodetect. To do so, “fdisk” the specific hard disk. 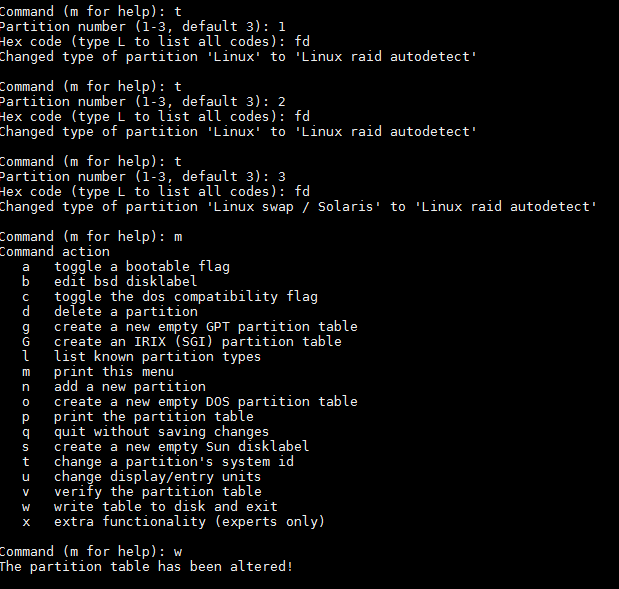 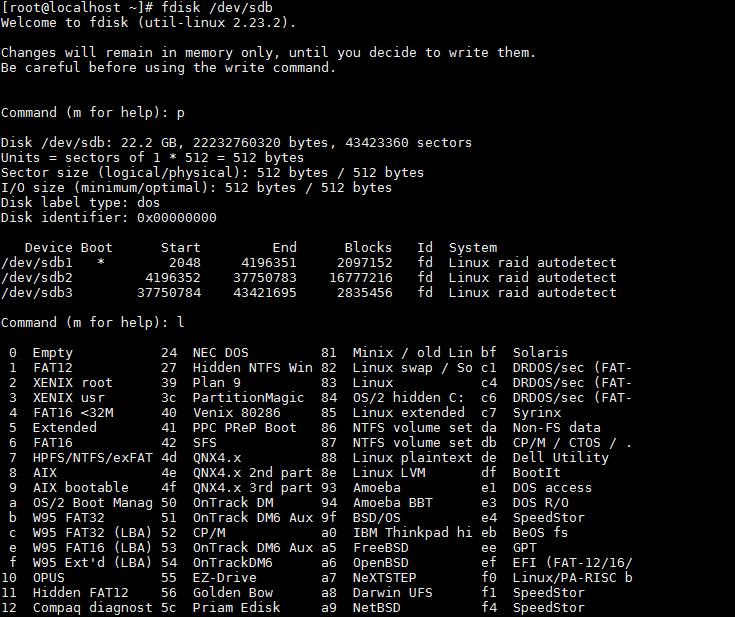 Verify the result using below command.

Now we are going to create a degraded RAID1. Which means we Create RAID1 devices in degraded state because the one  disk is missing. The /dev/sda which is currently installed with OS and used to boot up.

In our case we have three partitions. So we are doing it for all partitions in  new disk /dev/sdb 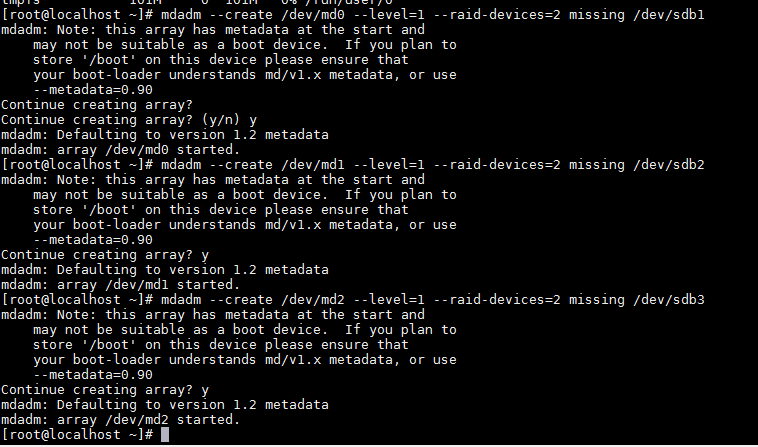 Check the result with: 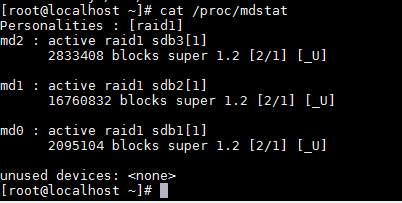 Create the file-systems on the new RAID devices partitions. 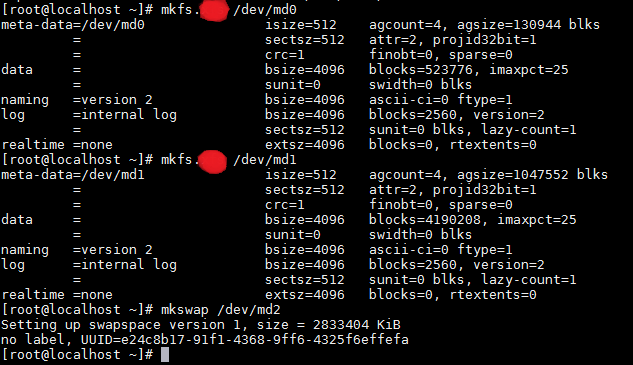 Now we need to Manually replicate the existing data on existing /dev/sda partitions to new software RAID partitions. For that Mount both / and /boot 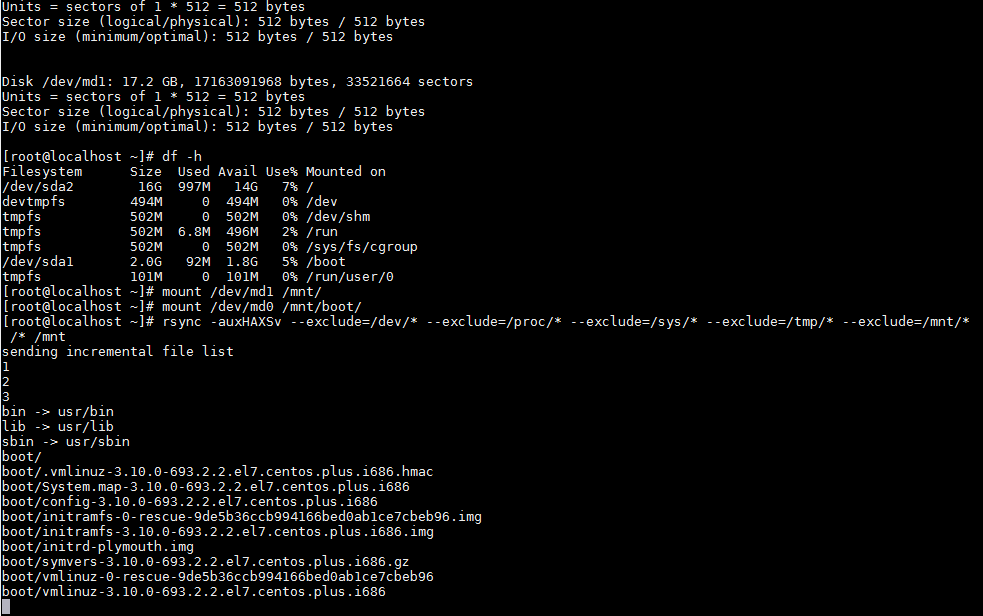 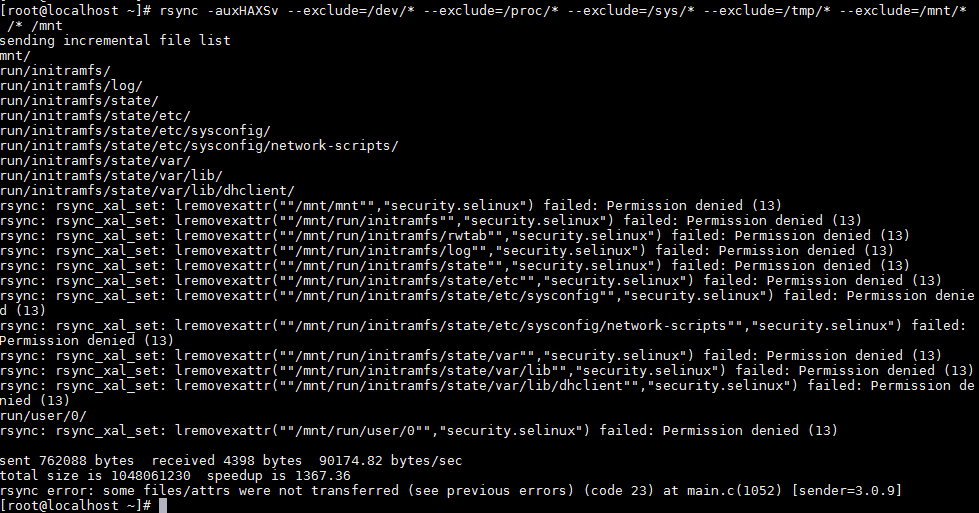 Noticed similar errors reported as bug in below link.

In my case the permission denied are for files inside /run folder. In my understanding /run/ is often implemented as a tmpfs ( mount | fgrep run ) and data in those directories won’t survive a reboot (which is a good thing).  Which means /run include as a temporary filesystem (tmpfs) which stores volatile runtime data.

So I ignored the rsync errors and proceed with the next steps.

Now Open /etc/fstab file and add entries like below.

Backup,Update the current initrd and rebuild the initramfs with the new mdadm.conf:

Now edit grub  and add  some default parameters to grub.

At this point we are going to reboot the system choosing new disk /dev/sdb from bios. If all worked out system will boot with new disk /dev/sdb. After that check mount points and raid status using below commands. 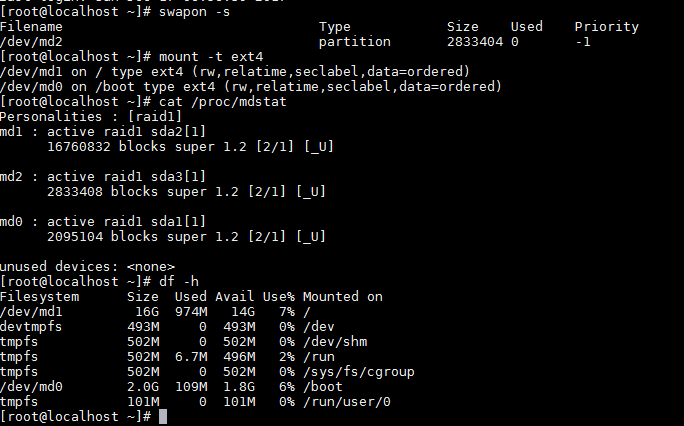 In our case, we switched the disk ports so after reboot new disk become /dev/sda and old disk become /dev/sdb. So don’t get confuse with the screenshot results, if you opted to boot from new disk from bios instead of disk port swap, in that case the mdstat command results will show the new disk as /dev/sdb itself.

Now Add old disk to raid 1 array. (In our case its sdb)

Check rebuild status using below command and see if it running.

Reinstall grub on old disk ( In our case its /dev/sdb)

This concluded the raid1 setup on existing centos 7.4 install. Once the rebuild completed, the mdstat result will show like below and from that we can confirm its completed and running fine. Try to reboot it again and see if there any issues encountering. Put your suggestions and thoughts in the comment box. 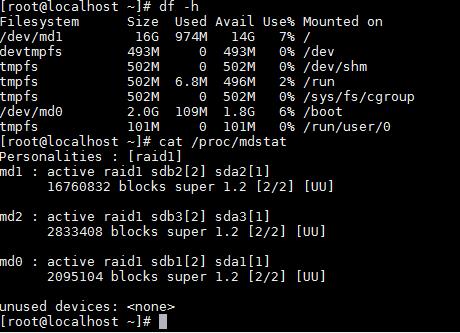