How to Install Google BBR

How to Install Google BBR

Google Cloud Platform, GCP uses BBR and allows Applications to load lightning speed over the public network. Google services like YouTube uses this BBR and users will get better experience from YouTube.

Now suppose there is live website in BBR enabled server then the website content is sent to users browsers using BBR. This means faster webpage downloads for users of your site.
There is also a bbr github repository available with scripts, and other materials related to the BBR congestion control algorithm.

How we can Install or Enable Google BBR ?

Currently Google BBR can only be enabled in Linux operating systems. Suppose we have Linux machine is running kernel 4.9 or newer, we can enable BBR. By default the Linux servers uses Reno and CUBIC but the latest version kernels also includes the google BBR algorithms and can be enabled manually.

Take a look at the “Add-On Congresion Control” parameter. 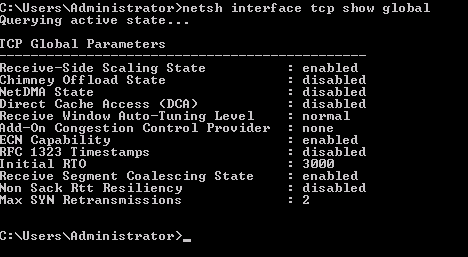 The powershell command is

Okay, as per the results, the windows server 2016 and 2012 uses the default congestion control algorithm as DCTCP. Another one supported is CTCP.

Below is definition of both congestion control algorithm as per Microsoft docs.

From windows server 2019 onward the default one become CUBIC, like Linux.

Now lets see how Google BBR can be enabled in Linux.

Issue below command to know the current kernel.

Issue Below commands to know the current tcp congestion control

Out of the box, Linux uses Reno and CUBIC and the default one is cubic

In case of centos 8, we can see the default kernel is 4.18 which is already higher than the needed 4.9.

So add below lines in /etc/sysctl.conf and issue command sysctl -p

Issue below commands to verify.

Verify the kernel using below command.

Show all entries in the grub2 menu:

Indexing starts at 0. This means that the 5.7 ( which is the latest one installed) kernel is located at 1:

After reboot, verify the loaded kernel.

On Ubuntu 18.04, the kernel version is greater than 4.9. So just need to add sysctl entry, like we did it earlier and that will enable Google bbr on Ubuntu 18.04

reboot the server and issue below command for enabling bbr

For enabling it in Ubuntu 14 or Debian 8 follow below steps.

After that enable BBR as usual.

The iperf is a commonly used network performance measurement tool available in Linux. It measures the throughput of the network. lets use the command for testing the network Performance.

In the server issue below command. If the command is not found install it using apt-get.

After that issue below command in your client PC.

Below is the test results before enabling Google BBR

In our case there wasn’t any high change in the speed but showed a difference. Feel free to test it on your servers. This concluded the BBR setup and testing in a Linux Box. Post your comments in the comment box provided below.